An accompaniment part is a part that has a supporting function in music.

MusiCAD can help you to quickly create accompaniment parts, for example based on a lead sheet.

For example, let's assume a simple piece of music with chord symbols:

With [Part|New part] we add a [third below]: 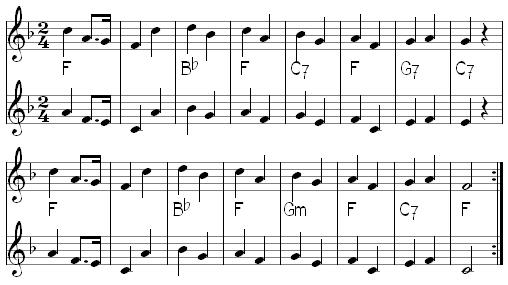 MusiCAD neatly takes the root of the scale into account and uses a "lower fourth" instead of a "third" for the F.

The chord symbols were not even necessary for such part.

However, for a tuba part; first go back to [Parts|New part] where we now choose [Bass part]

The result is below: 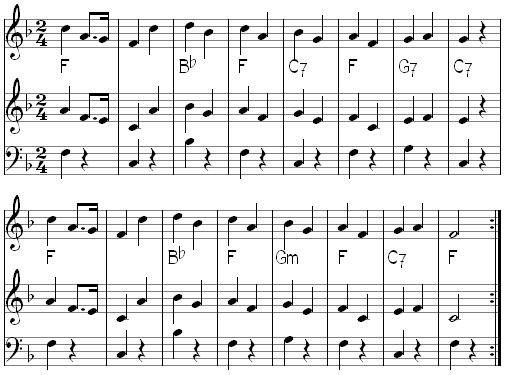 Although the part is correct, it can of course be improved. In the second measure it is better to take the A from the F chord as the bass note because of the B-flat in the next measure ('semitones pull'). With an extra note in measure 7 (an extra B on the second beat) and in measure 8 the C an octave higher and something similar in the last two measures, we already have a very useful part.

If the above arrangement is to be played by trumpet, clarinet and tuba we are now done. If the first part has to be played by an accordion, it becomes a different story. In that case we will have to transpose the parts for the clarinet and tuba (transpose). The easiest way to do this is using a template: as you can call it up in the template overview. Both the lower third and the bass part must now be converted from C to B flat. Below is the sub-third part selected (click in the first gray column) that still needs to be converted. 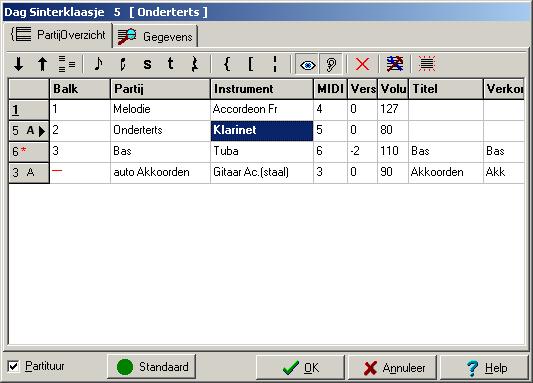 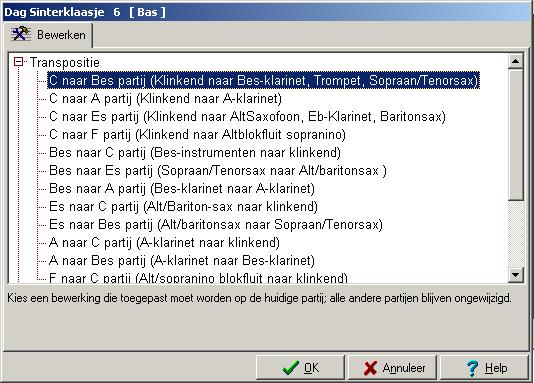 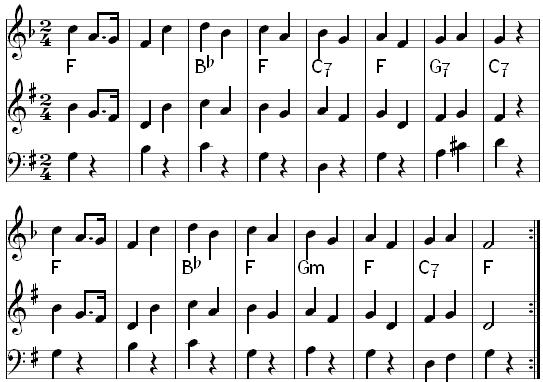 The parts for tuba and clarinet are now written in G instead of F.

Both sides (to sound good together) also received a transposition of -2.